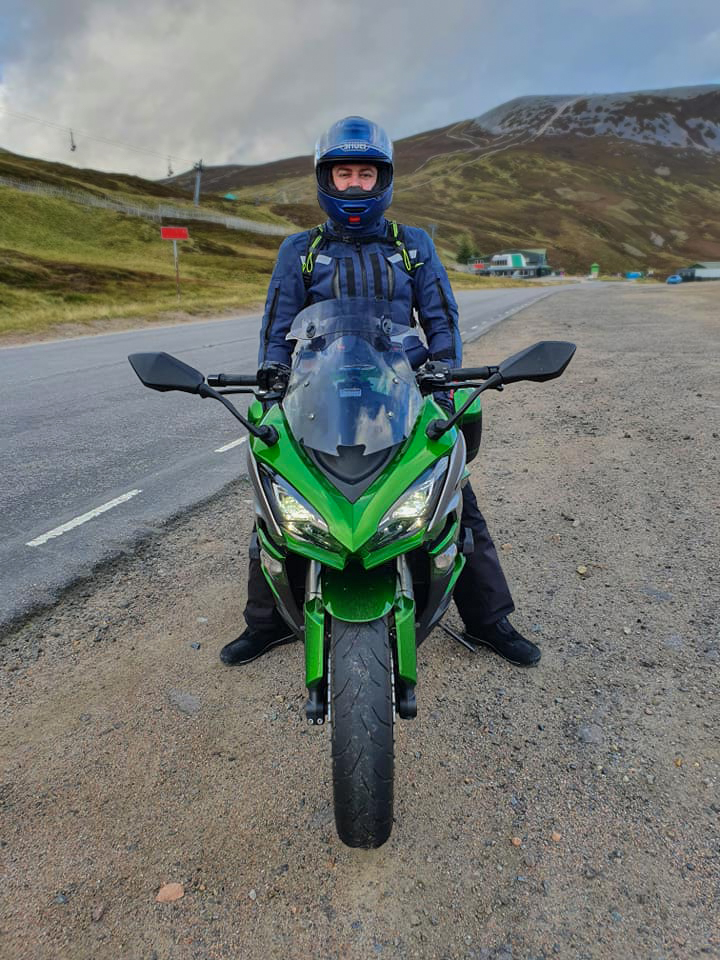 Outside of my work

Outside of my work I'm a bit of an adrenaline junkie and my go to outlet for that is my motorcycles. Although I have been bungee jumping and want to give sky diving a try!

I also love to travel, which kind of goes hand in hand with my love for bikes and cars. I am hoping to tour round the planet (in multiple smaller trips) on my bike... when this damn virus buggers off!

I'm also a bit of a tinkerer and like to build things. I converted a rusty old transit van into a camper van with full solar elecric power and plumbing installed, then drove it round europe, breaking down multiple times along the way... It's a long story!

Where I worked before

Although I have been freelancing for over 10 years now, I only recently took the plunge into freelancing full time a few years ago. Before this I have been a full time software engineer and web developer in all different areas of this industry. From working in a team of 50+ developers on market leading software, to working with web design agencies, churning out multiple websites every week.

PODFather is a company who specialize in proof of delivery software, which is being utilized by huge companies such as Tarmac and Bidfresh.

I worked as part of a team of 40-50 software engineers to update and maintain the core product in PHP and JavaScript, as well as the Android and IOS mobile apps.

Gift Experience Scotland used to be one of the leading experience companies in Scotland.

I was part of a small team of 4 in house web developers/designers which were responsible for updating and maintaining the heavily modified WordPress website, as well as developing their new global platform Experee, which was a huge bespoke platform built in a PHP framework called Yii.

Internet Creation is a web design agency in Fife who specialize in designing and developing websites for small local businesses.

I was their lead website designer/developer and was responsible for taking a client through the full process of planning, designing, developing then supporting their websites.

I briefly worked at McEwan Fraser Legal to help maintain their in house bespoke system built in Yii/PHP, which they use to manage everything in the company.

I was also involved in designing PPC landing pages for their paid advertising, which involved a lot of UX psychology to encourage users to request a call back.

Planys Cloud (Now known as Ember Ltd) are a software company who build large bespoke applications for their clients.

The project I was responsible for developing here was a platform called RealRider.

RealRider is a motorcycling social media platform with some safety aspects to it. The platform allows you to record and share routes with other users.

They also partnered with the NHS to provide assistance in the event of a crash. The app uses the data provided by the GPS and accelerometer in your phone to detect if you have been in a crash and will send an alert to get an ambulance sent directly to your location.